This presentation will summarize the results of a combined far-field and near-field Computational Fluid Dynamics (CFD) analysis of a power plant outfall thermal plume. The current maximum discharge from the plant is 21 cubic meters per second (m³/s) through an existing 3-meter-diameter outfall pipe extending into a large ocean bay. The proposed plant expansion adds another 3-meter-diameter outfall pipe with additional discharge capacity of 20 m³/s. The fluid modeling was performed to estimate the size of the thermal mixing zone under various tidal conditions.
A previous analysis had been performed using the one-dimensional industry standard tool, CORMIX, to estimate the plume size and potential for interaction between the two discharge plumes. The limitations of the CORMIX model for this specific site configuration prompted a more in-depth analysis using an advanced modeling approach to account for the three dimensional effects of the shallow discharge depth and potential interaction between the two outfalls.
A tidal circulation model was developed to estimate boundaries for the near-field three-dimensional model. The near-field CFD model incorporated the results from the tidal model as boundary conditions. This analysis evaluated the three-dimensional effects of the existing and future outfalls. This model improved on the CORMIX results by evaluating the outfalls at the actual depths and modeling the mixing and merging of the two discharge streams.
The results from the CFD analysis demonstrated the effects of interaction of the two discharge plumes and the impact of local bathymetry on the size and location of the elevated thermal regions. The second phase of the CFD modeling evaluated an alternative outfall location and incorporated a multiport diffuser. The goal of these alternatives was to evaluate improvements to the thermal mixing zone relative to the initial outfall configuration. The alternate configurations were shown to provide improvement over the initial outfall configuration. 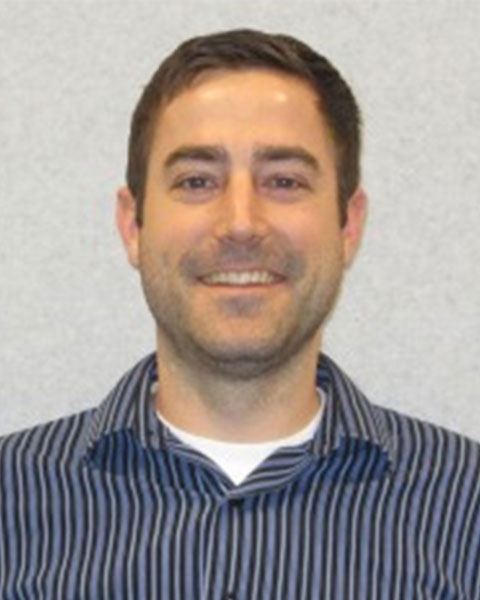 Daniel Morse is a hydraulic technologist at Jacobs, a global engineering and professional services firm. He was hired to CH2MHill in 2008. Since then, he has served in the Advanced Hydraulics group providing expertise in fluid modeling for the pump stations, dams, reservoirs, grit basins, and clarifiers. He is part of a team that solves fluid problems for all industries related to flow distribution, pump performance, reservoir operation, transient surge, and a variety of other needs. Daniel has been fortunate to support major infrastructure projects from Australia, Asia, Europe, and the Middle East including several deep tunnel collection systems. Additional opportunities have included building an in-house High Performance Computing cluster, developing custom code modules (UDFs) for ANSYS Fluent, and research for a proprietary biological screening design for pump intakes. Prior to joining CH2MHill (recently merged into Jacobs) he spent 5 years as a research assistant at Oregon State University.