This is the first of three accounts documenting the history of the St. Anthony Falls Laboratory that was designed and built under the direction of a dedicated individual, Lorenz G. Straub. Straub had been a Freeman Fellow and visited and observed several laboratories in Germany during the two years of his fellowship. He came to the University in 1930 and promptly set to work to establish his own laboratory. His vision came to fruition through a WPA grant to the University of Minnesota and construction started in 1936. Straub came to be known as the “River Doctor” for his many studies at SAFL on several aspects of river engineering.

There have been several reviews of SAFL history in the past. However, in the past 15 years there have been many major developments that make it very worthwhile to again review the history of the lab. In this new review an attempt is made to provide a coherent summary of the Laboratory’s accomplishments from its beginnings, as seen from a more distant viewpoint than in the references cited, and to recount its current course and possible future roles.

Part I deals with the initial development of the laboratory and its early research. The Laboratory was designed and built under the direction of a dedicated individual, Lorenz G. Straub. The Laboratory story cannot be told without knowing something about Straub. So, we begin with Straub and follow with the Laboratory. We are proud that the preparation of this paper has been a joint effort between the current Director a former director and a former assistant director. Many details regarding what appears in the following sections may be found in the paperback by Mary Marsh (3), who became Straub’s personal secretary in about 1955 and retired as Laboratory Administrator in 1981. 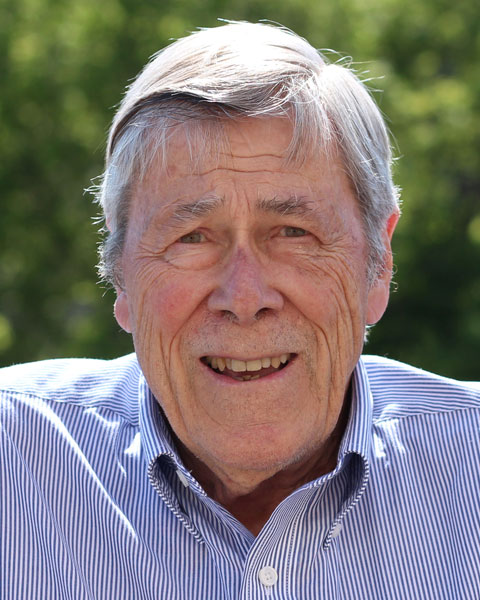 Professor Emeritus of Civil, Environmental, and Geo-Engineering
Univ of MN

Dr. Arndt is a Professor Emeritus, University of Minnesota. His major research interests are in the area of fluid mechanics with emphasis on turbulent shear flows and vortex flows; cavitation; aeroacoustics including jet noise and turbomachinery noise; alternate energy with an emphasis on hydropower and wind turbine technology; and aeration technology with a view towards developing cost effective environmental remediation techniques. His research experience includes cavitation in pumps, turbines and marine propellers; supercavitation, investigation of noise radiation mechanisms in turbulent shear flows, bubbly flows and helicopter and jet noise. The principles of bubble formation in turbulent shear flows are being applied to the design of more efficient aeration equipment and ventilation of supercavitating vehicles. His experience in the design of research facilities for cavitation and hydroacoustics has lead to the design responsibility for three major hydroacoustic research facilities in the US, Germany and Korea, one of which is the World’s largest water tunnel. His industrial experience includes underwater rocket propulsion, high-speed marine vehicles and waterjet propulsion. He served as Director of the St. Anthony Falls Hydraulic Laboratory for 16 years and as program Manager of the Fluid Mechanics and Hydraulics Program at the National Science Foundation for 3 years. Dr. Arndt continues his research at the St. Anthony Falls Laboratory of the University of Minnesota where he is working on wind turbine aerodynamics and supercavitation. He is a Life Fellow of ASME, Fellow of the American Physical Society, and Associate Fellow of AIAA.

Send Email for THE ST. ANTHONY FALLS LABORATORY: 80 YEARS OF PROGRESS Part I