The erosion rate of soils is generally simulated assuming a linear relationship between erosion rate and applied shear stress (Partheniades, 1965.). This model was typically obtained from erosion rates measured over narrow and low ranges of shear stresses (0-15 Pa). However, recent experimental data (Wahl and Erdogan, 2008) and mechanistic theories (Wilson, 1993a) make a case for a non-linear behavior of the detachment process. The accuracy of the linear and non-linear models in predicting erosion at high shear stresses has not been heavily explored.
Jet erosion tests (JETs) simulate laboratory or in-situ erosion by a vertical jet to determine the soil erosion properties. The objectives of this research were to: (1) use a JET to analyze erosion rates over wide ranges of shear stresses, (2) determine whether a linear or non-linear model best fits the observed data from the JET, and (3) evaluate the extrapolation potential of linear and non-linear models for erosion prediction over larger ranges of shear stresses.
23 tests were performed using 5 different soil mixtures of Rocky Branch Creek and McCullers Pond, both located in Wake County, North Carolina. JET-derived erosion rates and shear stresses were obtained using a JET analysis spreadsheet (Daly, et al., 2013) Then, regression analyses were applied to each data set, considering entire ranges of shear stress and specific windows to evaluate model accuracy and extrapolation potential. For certain trials, the linear law performed as well as non-linear laws. Other trials suggest that soil properties such as bulk density and grain size distribution might affect the detachment process. The window analysis showed that if calibrated over narrow ranges of shear stresses, the linear law does not always allow for accurate extrapolation. 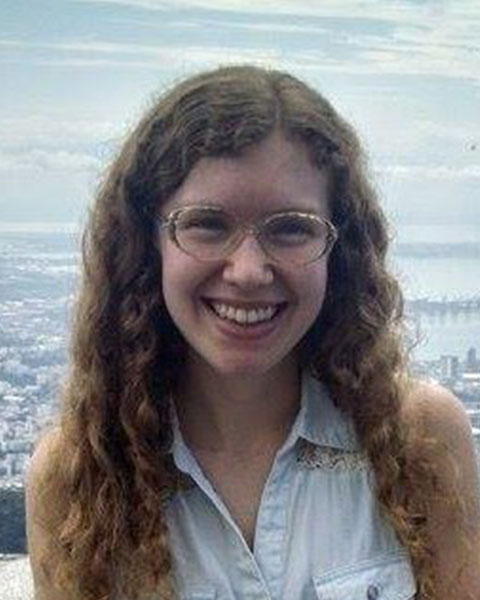 My name is Katherine Wardinski and I'm an undergraduate student studying Environmental Engineering at the University of Wisconsin-Platteville. I was a member of the North Carolina State University NSF REU Stream Team during the summer of 2017. My research focused on using Jet Erosion Tests to study the relationship between shear stress and erosion rate of cohesive soils.