The Richmond Locomotive & Machine Works was the only locomotive manufacturing plant built in the City of Richmond, and one of only two in the Commonwealth of Virginia. During its period of production (1901-1926), the most significant manufacturer of locomotives in the state of Virginia, and one of the most significant industrial sites in Richmond. The 682 documented locomotives manufactured in this plant served on virtually every major American railroad, as well as in Canada, Sweden, Finland, Manchuria, Russia, Japan, and New Zealand.

Following its 1901 merger into what became the American Locomotive Company (ALCO), the Richmond Works continued to manufacture cutting-edge machines, including some of the biggest locomotives ever constructed, for distribution and use around the world. It remained in specialty production for ALCO until 1949, after which its buildings were used for a variety of purposes, including a moving and storage warehouse, a steel fabrication facility, and a site for the repair of large-scale firefighting equipment. The site remained in use until late 2006, most recently as a specialty steel fabrication plant, maintaining its industrial character.

It is an important surviving example of large-scale industrial buildings used to manufacture the steam locomotives that came to dominate American transportation from the close of the Civil War until they were displaced by diesel locomotives in the 1930s. These large-scale industrial buildings were often demolished or immediately refitted for other uses once they were no longer needed. The enormous scale of these buildings made re-use difficult, and thus few of these steam locomotive-related buildings survive.

In 2006, investors purchased the site, and began evaluating it for new uses. The owners investigated tearing down the site for a new shopping center, but we were able to persuade them that it was more economically viable to place the complex on the National Register of Historic Places and use state and federal rehabilitation tax credits to rehabilitate the buildings for use as a multiplex movie theater. One of the great challenges of the project was its industrial character, which initially led to great resistance on the part of the SHPO to list the complex. The scale and open industrial character of the building presented significant challenges to its reuse. We were tasked with simultaneously retaining the open industrial character of the building, finding ways to commemorate and interpret its industrial past, and creating spaces for 18 new theaters throughout the complex, all according to the Secretary of the Interior’s Standards for Rehabilitation. We met these challenges, and the rehabilitated buildings are now home to Richmond’s most unique and popular theater.

Bryan Clark Green is the Director of Historic Preservation for Commonwealth Architects of Richmond, Virginia. His work includes writing historic structure reports and National Register nominations, drafting conservation assessments, feasibility studies, and rehabilitation plans for a variety of architecturally and historically significant properties from the early 17th century through the late 20th century. He is a member of the Board of Directors of the Society of Architectural Historians, and chairs its Heritage Conservation Committee 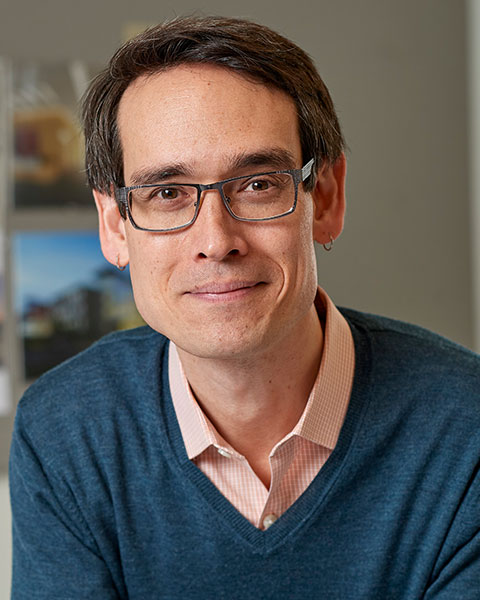 James V. Banta is a Construction Project Manager with the Office of Architecture and Engineering at the National Gallery of Art. Previously, he practiced preservation with Chambers, Murphy & Burge, A Studio of Perspectus Architecture in Akron and Cleveland, Ohio and worked for architecture and engineering firms in Washington, DC and New York, NY. James graduated from Connecticut College and has a M.S. in Historic Preservation from the University of Pennsylvania.