The aim of the study was a follow up morphometric analysis of features associated with Cavalier King Charles spaniel (CKCS) with syringomyelia (SM) secondary to Chairi-like malformation (CM) that had first been identified by an innovative machine learning technique which removes human bias.

Recent studies have suggested that CM is a more complex disorder than originally thought and affected by features associated with brachycephaly such as olfactory bulb rotation and rostral flattening of the forebrain. T2W sagittal DICOM anonymized images of 66 CKCS,  over 4 years of age were obtained, comprising  i) 26 dogs without SM with no or < 2mm wide  central canal dilation ii) 40 dogs with SM with syrinx width 4mm or over. Morphometric analysis of the shape and position of the soft palate relative to the skull base and the nature of rostral skull flattening was obtained.

The characteristics of CKCS with SM include osseous insufficiency in the skull and changes in the shape of the soft palate which were implicated by machine learning technology. 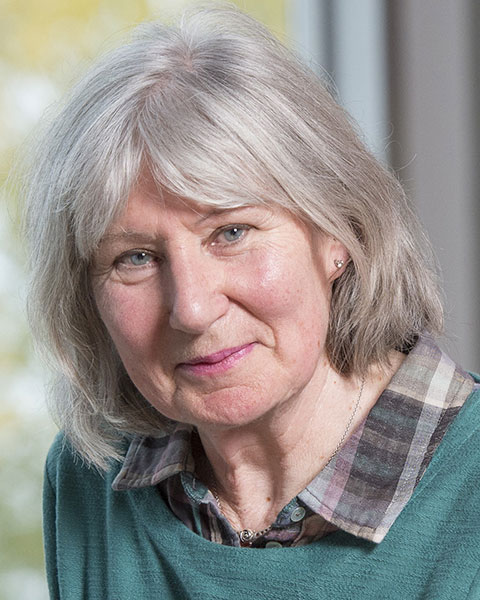 Susan Penelope Knowler BSc (Hons) Dip Ed, PhD
Susan Knowler, generally known by her middle name Penny, graduated in 1967 at Queen Mary College, London University with Special Honors in Zoology. This preceded a career in teaching which included posts at senior and national level in different areas of High School education. In 1999 she became a research assistant for Dr Clare Rusbridge, primarily investigating the inheritance of Chiari-like malformation (CM) and syringomyelia (SM) and acting as Liaison Officer for various stakeholders including breeders, pet owners, veterinary surgeons and the coordinator for CM/SM genome project at CHU Sainte-Justine Research Center, Canada. The dog provides a natural model for CM and SM in humans and Penny is passionate about exploring aspects of these conditions to benefit both humans and dogs. She has played a pivotal role in developing a worldwide pedigree database of the Cavalier King Charles Spaniel (CKCS) and the Griffon Bruxellois, sourcing DNA to enable the successful investigation of the genetic basis of CM/SM and provide evidence on the inheritance and used to calculate the heritability of SM in the breed. During the last three years, Penny has successfully undertaken post graduate research at Surrey University into the characterisation of Chiari-malformation and secondary syringomyelia in small breed dogs using Magnetic Resonance Imaging, funded by the charity Cavalier Matters in the UK. She developed a unique system of morphometric measurements of the skull and brain which correlated with the risk of symptomatic CM and SM in the CKCS, Griffon Bruxellois and the Chihuahua. This morphometric assessment of CM/SM has been used successfully to investigate the genetic basis of these disorders using a Qualitative Trait Locus Association analysis and genome-wide association studies which has identified candidate loci associated with these conditions in the CKCS and Griffon Bruxellois. Penny is author of 19 full length scientific papers, 14 of which she was either first or second author. She is currently collaborating with a novel machine learning technique towards providing a diagnosis tool for CM/SM.