P01 - Localization and Quantification of Cannabinoid Receptors in Canine Tissue

The endocannabinoid system (ECS) is comprised of endogenous signaling molecules known as endocannabinoids, and the G-protein-coupled receptors to which they bind. In recent decades, research has found relationships between the ECS and memory, nociception, inflammation, appetite, metabolism, and more.

In the interest of providing a framework for the eventual development of safe and effective cannabinoid therapies in veterinary species, this paper sought to characterize the two predominant cannabinoid receptors—CB1R and CB2R—by quantification and localization.

RNA was extracted from tissues stored in RNAlater®, converted to cDNA, and quantified using quantitative PCR (qPCR). The data were reported as ratios of CB1R or CB2R gene expression to the constitutively-expressed housekeeping gene B2M.

Previously undescribed findings in the immunohistochemistry were limited; CB2 receptors stained most darkly in the endothelial cell membranes of most tissues, with less-significant staining scattered throughout the parenchyma, localized microscopically to the cell membranes.

While many findings from previous studies were confirmed, such as the high concentration of CB1R in gray matter and the high concentration of CB2R in blood and lymph nodes, the study also found unexpectedly high quantities of CB2R in both the male and female gonads. Additionally, unexpectedly low levels of CB2R expression were found in the lung and the liver compared to human and mouse models.

These results invite future investigation into the reproductive applications of cannabinoids, as well as possible upregulation following exogenous exposure to explain the relatively low expression of CB1R in liver and lung tissues. Quantification of specific regions of the canine brain may also prove useful in the development of pharmaceutical cannabinoids. 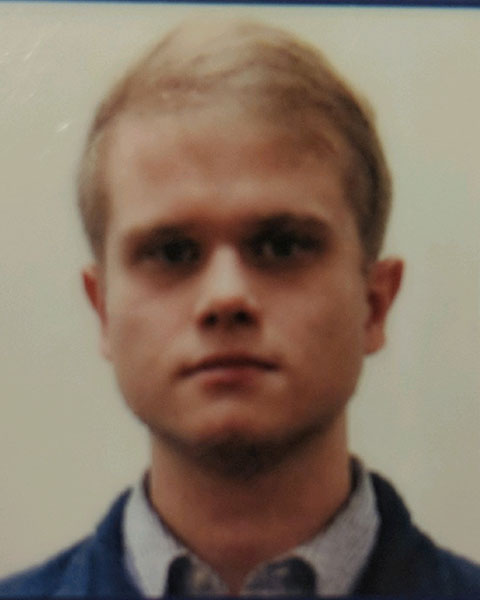 Matthew Everett Miller is a fourth-year veterinary student at Auburn University's College of Veterinary Medicine. He completed his undergraduate coursework in 2015 at Vanderbilt University, where earned BAs in Philosophy (Honors), and Ecology, Evolutionary and Organismal Biology. His senior theses were titled “A Kantian Approach to Expanded Circles of Self,” and “Electrophysiological responses to tactile stimulation in New World Monkeys following injury to the spinal cord," respectively.

At the 2018 ACVIM Conference, he will be presenting based on research he completed as a 2017 Boehringer Ingelheim Summer Scholar. The project is titled “Quantification of cannabinoid gene expression in canine lymphoid and nervous tissue,” which seeks to characterize the expression of cannabinoid receptors in various tissue types to lay the groundwork for future development of medical marijuana therapies in veterinary medicine.

P01 - Localization and Quantification of Cannabinoid Receptors in Canine Tissue