The aim of this study was to determine if hyperinsulinaemia could be reduced and laminitis prevented in insulin-dysregulated ponies, by using the sodium-glucose co-transport 2 (SGLT-2) inhibitor velagliflozin. Forty-nine ponies with varying degrees of insulin dysregulation, based on an oral glucose test (1 g dextrose/kg BW), received either velagliflozin (0.3 mg/kg, p.o., s.i.d., n = 12), or a placebo (n = 37), throughout the study. A maintenance diet of lucerne hay was fed for 3 weeks, followed by a high-NSC challenge diet (12 g NSC/kg BW/day) for up to 18 days. On the second day of the diet challenge blood glucose and serum insulin were measured over 4 h after feeding. Results are expressed as geometric mean (95% CI). The maximum concentration of glucose was lower (P = 0.022) for the velagliflozin group at 9.4 mM (8.0 -11.0) versus 11.9 mM (10.5 -13.4) in controls; and likewise, the maximum concentration of insulin was lower for treated ponies at 149 mIU/mL (97 - 228) versus 269 mIU/mL (206 - 351) in controls (P = 0.017). Fourteen of the 37 controls (38%) developed Obel grade 1 or 2 laminitis, whereas none of the velagliflozin-treated ponies did (P = 0.011). As there were no clinical signs of adverse effects, velagliflozin could be a valuable tool for the prevention of insulin-associated laminitis and the treatment of insulin dysregulation in susceptible animals. 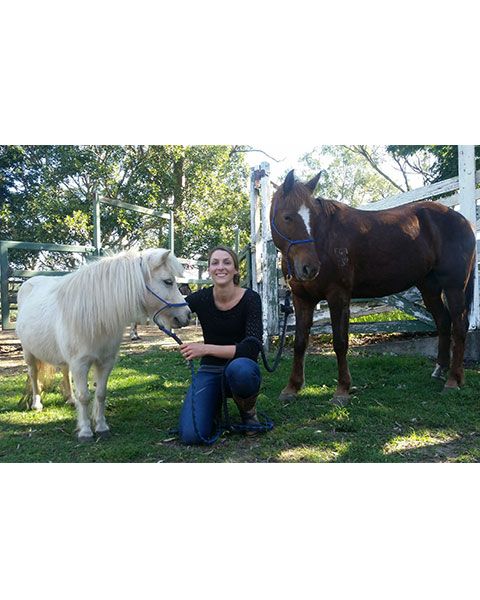 Send Email for Prevention of Laminitis in Ponies Using Velagliflozin, a Novel Treatment for Insulin Dysregulation