Previous studies have reported a response to corticosteroids suggesting that some cases of chronic hepatitis (CH) in the dog are likely immune mediated. However, corticosteroid therapy is associated with significant side effects, including a steroid hepatopathy that confounds interpretation of serum liver enzymes during therapy. Thus, alternative immunosuppressive therapies are needed for the management of CH in dogs.

The aim of this retrospective, collaborative study was to evaluate the ability of cyclosporine (Cys) to induce remission (defined by normalization of alanine aminotransferase [ALT]) in dogs with presumed immune mediated CH as well as to assess tolerability. A secondary aim was to evaluate if previously reported prognostic factors influenced the ability to attain remission with Cys therapy.

Fifty dogs diagnosed with CH between 2010-2017 based on World Small Animal Veterinary Association criteria and treated with Cys for at least 2 weeks met inclusion criteria. Dogs with positive hepatic bacterial cultures or hepatic copper > 400 ppm dry weight were included if copper chelation or antibiotic therapy failed to achieve remission. Concurrent corticosteroid therapy was permitted if remission was not achieved prior to Cys initiation.

Twenty-five different breeds were represented. Ages ranged from 0.7-14 years (median 8.0 years). Fifty-two percent were female spayed and 43% were male castrated. The most common treatment side-effects were gastrointestinal signs, which ranged from mild inappetence to vomiting and diarrhea in 44% (22/50) and gingival hyperplasia in 26% (13/50). Seventy six percent (38/50) achieved remission with a median time to remission of 2 months (0.75-12 months). The median dose at the time of remission was 7.8 mg/kg/day (1.5-12.7 mg/kg/day). No association was found between prognostic factors and remission with the exception of hypoalbuminemia. There was an increased likelihood of remission (p < 0.05) and a decreased time to remission in dogs with hypoalbuminemia (p < 0.05).

In conclusion, Cys therapy was tolerated and effective in achieving normalization of ALT in dogs with presumed immune mediated CH. Previously reported prognostic factors did not negatively impact the ability to achieve ALT normalization with Cys therapy. 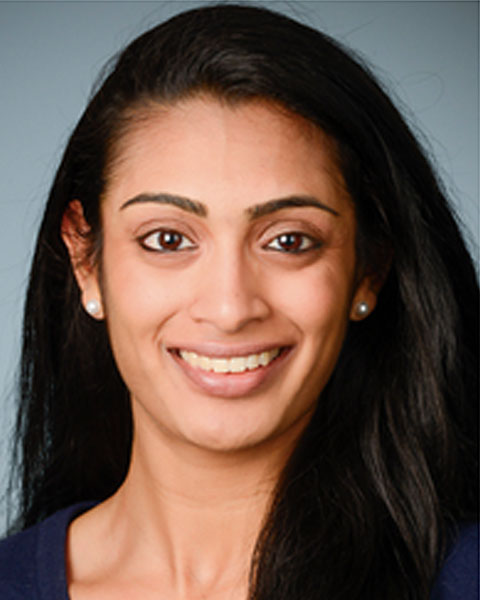 Tarini Ullal is a second year internal medicine resident at Colorado State University. She graduated from the University of California, Davis in 2015 and then completed a small animal rotating internship at North Carolina State University. Her clinical and research interests focus on hepatic and gastrointestinal disease with an interest in chronic hepatitis and dysphagia. Her publications include a case series on the renal manifestations of Babesia in dogs and the evaluation of high resolution manometry to characterize esophageal motility and sphincter tone in healthy dogs.