The concept of the existence of a “gut virome” is very recent although the presence of viruses as pathogens in calf intestine has been documented for more than 40 years. In contrast to the bacterial microbiota, little is known regarding the development, establishment and factors that modify the gut virome during the neonatal period. The objective of this study was to characterize the fecal virome of healthy and diarrheic neonatal dairy calves.

Twenty diarrheic calves (DC) (ages of 1 to 30 days) and 20 age-matched healthy control calves (HC) were enrolled. Viral nucleic extraction was performed using a commercial Kit. Synthesis of viral cDNA was completed using a primer containing a fixed 18bp plus a random nonamer. Twenty samples from HC were mixed in equimolar quantities in 4 sets as well as 20 DC samples. The 8 total pooled samples were sequenced using MiSeq-lllumina-Platform. Raw sequences quality was assessed using FastQC. Then, low-quality reads were removed with Trimmomatic. CD-HIT-EST was used to cluster reads with >90% sequence identity. The five more representative sequences of each cluster were used to perform a de novo assembly using SPADES. LefSe was used to obtain molecular markers, which can be used in diagnosis.

Caudovirales viruses, mainly viruses belonged to Myoviridae family, were found in all pools. A total of 223 contigs that could be associated with neonatal calf diarrhea were identified but these had no available annotation with any database. Sequences belonging the Retroviridae family were found predominantly associated to all the DC. Escherichia phage was found in 3 of the 4 pools that composed the DC group. HC shared Enterobacteria phage phiX174 sensu lato, and the DC shared Escherichia coli O157 typing phage 3.

Our results demonstrate the limited knowledge of bovine-associated viral sequences and the limitations of existing annotation datasets. Detection of sequences associated with viruses could support the hypothesis that gastrointestinal diseases in neonatal calves are a consequence of complex interactions between several microorganisms in the gut. 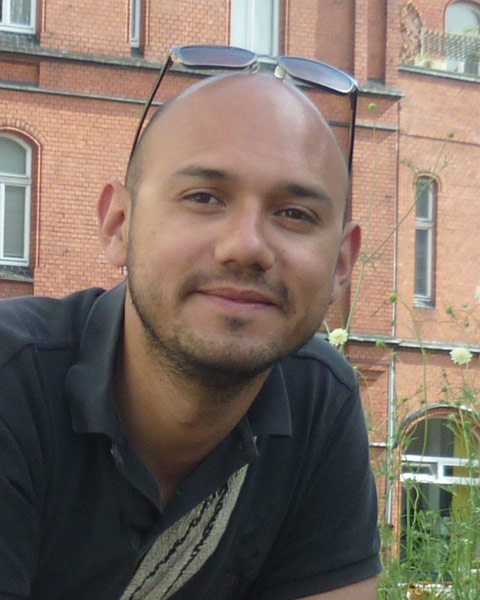 Dr. Gomez received his DVM degree from the Universidad Nacional de Colombia in 2006. Dr. Gomez completed an internship at the Ontario Veterinary College, University of Guelph, Canada, in 2011 and his large animal internal medicine residency at the Atlantic Veterinary College, UPEI, Canada, and became a board certified in 2014. Dr. Gomez completed his PhD program in veterinary infectious diseases at the University of Guelph under the supervision of Dr. Scott Weese. Dr. Gomez joined the faculty at the University of Florida in May 2017. His clinical expertise includes general internal medicine with a special interest in acid-base disorders in critically ill patients. His research interests include microbiome assestment of mammals and antimicrobial stewardship in food producing animals.