Synthetic brain natriuretic peptide (BNP-32) causes natriuresis, diuresis, vasodilation, and RAAS antagonism in dogs with experimentally induced congestive heart failure (CHF); however, it is unclear as to whether dogs with naturally occurring CHF would respond similarly. The purpose of this pilot study was to evaluate the efficacy of synthetic canine BNP-32 given subcutaneously in dogs with naturally occurring CHF.

Frusemide and BNP-32/frusemide resulted in a significant increase in UOP, FENa, and FEK from 1 – 3 h post treatment. However, there were no differences between these two treatments, and BNP-32 alone did not affect these parameters. No changes in HR or BP were observed with any of the treatments. Plasma concentrations of BNP-32 increased significantly within 1 h of treatment for both treatments containing BNP-32, but fell to baseline by 3 h post treatment. Although no significant differences in plasma concentrations of cGMP were observed, the UPcGMP increased significantly from 1 – 2 h following treatment with BNP-32 and BNP-32/frusemide.

Subcutaneous BNP-32 resulted in an increase in plasma BNP-32 concentrations and UPcGMP. However, there were no detectable biological effects on HR, BP, UOP, FENa, and FEK. This is in contrast to data obtained from dogs with experimentally induced CHF. Though further investigations are recommended, it is possible that dogs with naturally occurring CHF may have a reduction in natriuretic peptide responsiveness. 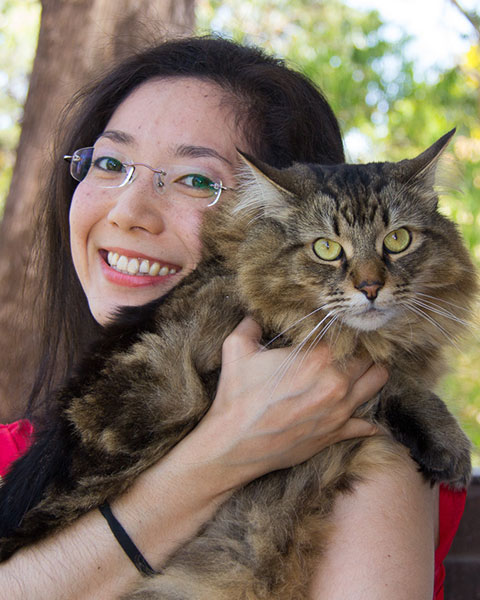 Mariko graduated from the University of Sydney with first class honours in 2007 and began working in a small animal general practice in Canberra. Since moving back to Sydney in 2009, she has worked as an emergency and critical care veterinarian at referral clinics across Sydney. She obtained membership in small animal medicine through the Australian and New Zealand College of Veterinary Scientists in 2012. Mariko has a particular interest in the field of veterinary cardiology and, in 2013, she commenced a PhD investigating therapeutics of canine and feline congestive heart failure at the University of Sydney.