Equine metabolic syndrome (EMS) and pituitary pars intermedia dysfunction (PPID) are the most common hormonal disorders in horses and can coexist in the same patient. The aim of this study is to combine two diagnostic tools to diagnose PPID and EMS at once within 30 minutes. It was hypothesised that measured values from the 2-step insulin response test and the thyrotropin-releasing hormone (TRH) stimulation test performed in combination would not differ from the values obtained when tests are performed independently.

Twenty-one horses were tested for EMS and PPID using a 2-step insulin response test and a TRH stimulation test respectively and classified as EMS, PPID, EMS and PPID or controls. For combined testing, insulin and TRH were injected simultaneously. Results were compared among protocols by paired t tests or Wilcoxon signed rank test and Bland-Altman analysis.

Based on independent testing, 8 horses were considered as controls, 4 as EMS only, 3 as PPID only and 6 as EMS and PPID. Independent or combined testing conditions did not significantly affect ACTH concentrations before or after TRH injection nor it changed the percentage of reduction in blood glucose after insulin injection when compared within groups or overall (p > 0.05). In one control horse, combined testing resulted in a larger increase in ACTH after TRH injection consistent with a diagnosis of PPID.
Combination of the TRH stimulation test and the 2-step insulin sensitivity test appears as an attractive and rapid tool to diagnose EMS and PPID at the same time in horses. 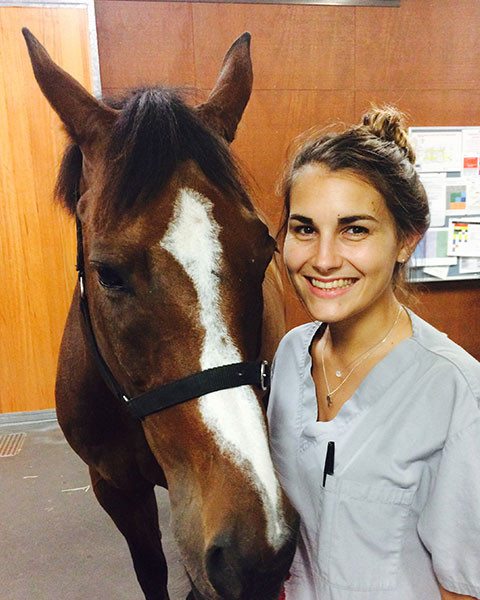