We present the case of a 19 year-old female with a history of chronic abdominal pain found to have intestinal malrotation.  She underwent Ladd procedure with tying off and inversion of her appendix at the age of 15. After her surgery, her abdominal pain significantly improved but still persisted. At the age of 19 she presented to the emergency department with acute severe left lower quadrant abdominal pain distinctly different from her chronic symptoms. She was afebrile, laboratory work up, RUQ US and Pelvic US were all unremarkable. An abdominalCT scanwith oral and IV contrast demonstrated intestinal malrotation that had previously been surgically corrected with an enhancing tubular focus within the distal cecum. Colonoscopy demonstrated a 3cm inverted appendix protruding from the appendiceal orifice. There was suspicion the inverted appendix was a potential source of pain. After consultation with surgery it was decided to perform an endoscopic appendectomy utilizing a detachable snare loop, followed by hot snare resection and placement of hemoclips. The following day the pain was still present but significantly improved compared to prior. At her one-month follow-up, her pain had completely resolved. There were no interim complications from the procedure. Pathology was compatible with an inverted appendix without significant pathology.

The majority of endoscopic appendectomies are performed with the intent of treating what is thought to be a lesion causing pain or unintentionally in what is thought to be a cecal polyp. Although inversion-ligation of the appendix is no longer routinely performed, clinicians may encounter these patients in current practice, which can present as diagnostic and therapeutic dilemmas. Only one complication from endoscopic appendectomy has been reported however since the implementation of endoscopic hemoclips and detachable snare loops, none have been reported.

We demonstrate, that if an inverted appendix is found during colonoscopy in a patient with chronic abdominal pain, the appendix can safely be removed endoscopically to rule out underlying pathology such as inflammation, neoplasm, or ischemia related to intussusception. 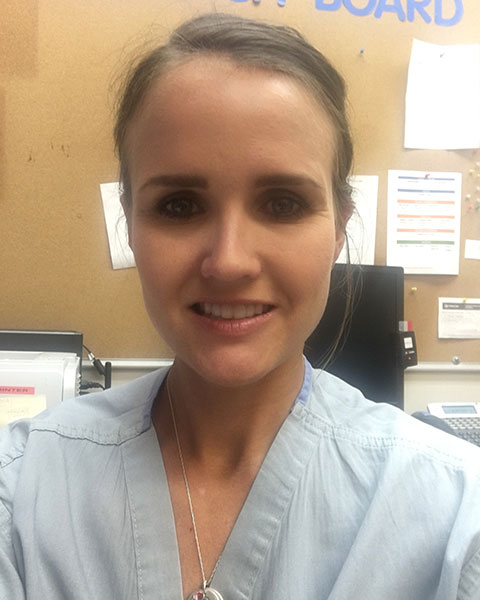