Contemporary Review of PPI Therapy: What You and Your Patients Need to Know 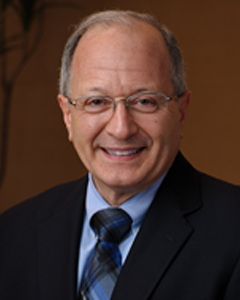 Stuart Jon Spechler, MD, is Chief of the Division of Gastroenterology and Co-Director of the Center for Esophageal Diseases at Baylor University Medical Center at Dallas, Co-Director of the Center for Esophageal Research at the Baylor Scott & White Research Institute, and Adjunct Professor of Medicine at Texas A&M Health Science Center College of Medicine. Prior to joining Baylor University Medical Center in January 2017, Dr. Spechler was the Chief of the Division of Gastroenterology for the VA North Texas Healthcare System, Professor of Medicine, and holder of the Berta M. and Cecil O. Patterson Chair in Gastroenterology at the University of Texas Southwestern Medical Center, and he had been the Director of the Center for Swallowing Disorders at the Beth Israel Deaconess Medical Center and Harvard Medical School in Boston, MA. Dr. Spechler’s research has focused primarily on disorders of the esophagus, especially GERD and its complications, and eosinophilic esophagitis. He chaired two VA Cooperative Studies on medical and surgical treatments for gastroesophageal reflux disease in the 1980s and 1990s, and he presently chairs a VA Cooperative Study comparing medical and surgical treatments for patients with heartburn that does not respond to proton pump inhibitors. He described the condition known as “short-segment Barrett’s esophagus” in 1994. Dr. Spechler has published more than 400 scientific reports, editorials, review articles, and book chapters on esophageal disorders. He is best known for his work in the areas of GERD, Barrett’s esophagus, and eosinophilic esophagitis. Dr. Spechler has served on the editorial boards of numerous journals including Gastroenterology, Gut, Alimentary Pharmacology and Therapeutics, Digestive Diseases and Sciences and Diseases of the Esophagus, and he has served as Chair of the Gastroenterology Teaching Project and the Esophago-Gastro-Duodenal Section of the AGA. He is presently Vice-Chair of the AGA Research Foundation.

Contemporary Review of PPI Therapy: What You and Your Patients Need to Know

Send Email for Contemporary Review of PPI Therapy: What You and Your Patients Need to Know