This retrospective cohort study aimed to gather data on the incidence of pulpal complications in cracked teeth. One hundred and eighty-four patients with 199 cracked teeth diagnosed with reversible pulpitis were included. They were treated from January 2010 to December 2013 at the National Dental Centre, Singapore. These teeth were identified by inspection, transillumination and positive bite test. A diagnosis of reversible pulpitis was taken if the tooth had no history of spontaneous pain; positive but no lingering pain to cold test and an absence of signs of periapical pathosis. After diagnosis, orthodontic bands were cemented and the teeth were referred for crown restoration. Patients were recalled more than three years later except for those patients whose teeth had undergone endodontic treatment or were extracted. The results showed that 58 out of 199 teeth (29%) had pulpal complications. 38/58 (66%) were diagnosed with irreversible pulpitis after 14 months (median 437 days) and 20/58 (34%) had necrotic pulps after 25 months (median 755 days). Prognostic factors that could influence the incidence of pulpal complications were analyzed by multiple logistic regression. In conclusion, 71% (141/199) of cracked teeth with reversible pulpitis remained vital after three years. It seems essential to brace the cracked tooth, minimize cusp flexion and provide full coverage of the cracks. When treated early, the majority of the pulps in these teeth still have a chance to survive. 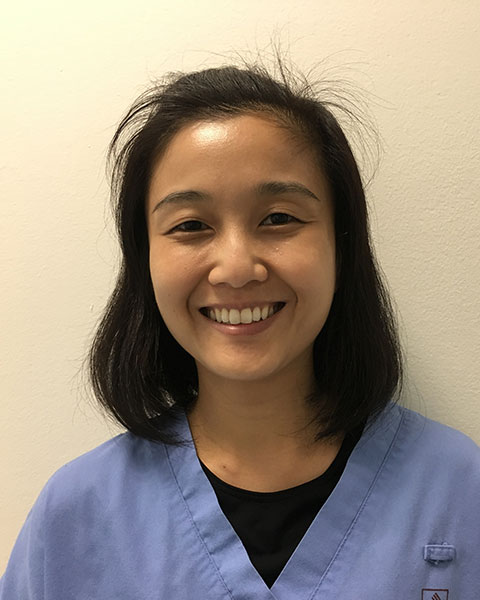 Dr Hui Pau Lew was born in Malaysia in 1980. She obtained her BDS from University of Malaya in 2005 and later practiced in private for 7 years before pursuing her postgraduate program. She later completed her MDS (Endo) in National University of Singapore in 2015. She is currently practicing in Singapore government dental clinic.

Dr Siwen Wu was born in Singapore in 1984. She obtained her BDS in 2007 and MDS (Endo) in 2013. She is currently practicing in private and part timing at government clinic. Her hobbies are travelling and reading.

Dr Chen Nah Nah is Senior Consultant in the Department of Restorative Dentistry at the National Dental Centre, Singapore (NDCS). She graduated from the University of Singapore with BDS in 1977. She obtained her MDS ( Operative Dentistry ) from the National University of Singapore in 1982 , and MS ( Endodontics) from Loma Linda University, USA in 1987. She is also a Fellow of the Academy of Medicine, Singapore since 1990. She is currently Clinical Associate Professor with the MDS Endodontic Residency programme, NUS. Her research interests include cracked teeth, endodontic treatment outcomes , dental trauma and pulp revascularization.