Complex and unusual root canal morphology, such as the S-shaped root canal, creates a challenge to properly disinfect the root canal system. Martensitic nickel titanium (NiTi) files have been suggested for the instrumentation of curved canals due to their shape memory to maintain the canal’s original curvature. The aim of this study was to compare the degree of canal transportation of three martensitic NiTi files including Vortex Blue®  (Dentsply Sirona, Philadephia, PA), Vtaper™2H (SS White®, Lakewood, NJ), and XP-3D™ Shaper (Brasseler USA® Dental, Savannah, GA) in S-shaped canals. Sixty S-shaped canals in resin blocks were prepared to an apical size of 0.3 mm using Vortex Blue®, Vtaper™2H, and XP-3D™ Shaper (n = 20 canals/group) systems following manufacturer recommendations. All resin blocks were instrumented in a 37oC water bath to simulate body temperature. Twenty-two different points were analyzed on stained, superimposed pre- and post-instrumentation images to determine the amount of resin removed on the simulated S-shaped canals. Data were analyzed using one-way analysis of variance and post hoc Tukey's test. The significance level was set to 5% (P < .05). There was no statistically significant difference in canal transportation among three systems in apical, middle, and coronal regions. However, XP-3D™ Shaper group removed a significantly higher amount of resin from the coronal regions when compared with the other groups (P < .05). Within the limitation of this study, Vortex Blue®, Vtaper™2H, and XP-3D™ Shaper showed similar centering ability in simulated S-shaped canals.

Dr. Fujimura earned his B.S. Degrees in Biological Sciences and Bio-engineering at the University of California, San Diego (UCSD). He earned his M.S. degree in Biological Science at UCSD, conducting research at the UCSD Cardiac Mechanics Bioengineering Laboratory. Upon earning his D.D.S. degree at Columbia University, he spent 2 years in the General Practice Residency Program at the West Los Angeles VA Medical Center. He is currently completing his second year in Endodontics at Columbia University.

Dr. Lisa Siu completed her undergraduate degree at the University of California, Berkeley majoring in Molecular and Cell Biology. After graduating, she did research in the Hematology/ Oncology division at the University of San Francisco Medical Center. She completed dental school at Harvard School of Dental Medicine and did a year of General Practice Residency in New York. Dr. Siu has worked in private practice before pursuing advance education. She is currently a second year Endodontics resident at Columbia University School of Dental Medicine. 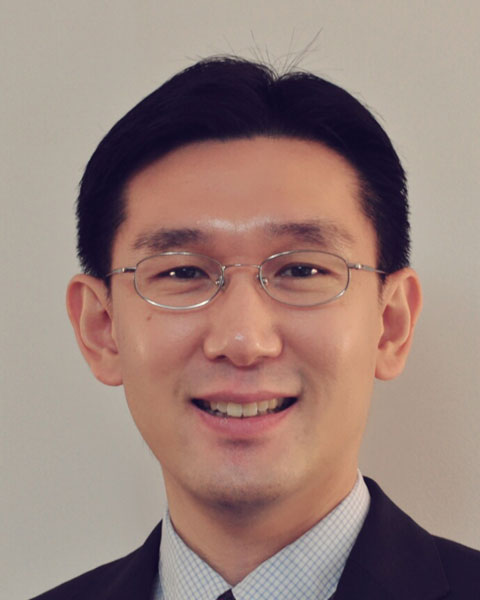 Dr. Kim earned his D.D.S. degrees at Seoul National University and Columbia University. He received a Certificate in Endodontics and a M.S. in Oral Biology from the University of Pennsylvania. Dr. Kim has been actively working as a staff researcher in the Center for Crainofacial Regeneration and has received government and private research grants for his research on dental pulp regeneration. He had served on the AAE Research and Scientific Affairs Committee. Dr. Kim has published extensively in the field of dental tissue engineering and has lectured nationally and internationally on dental pulp regeneration. Dr. Kim is a Diplomate of American Board of Endodontics and an Associate Professor and the Director of Postdoctoral Endodontics Program at Columbia University College of Dental Medicine.