Methods: Data for this research work consisted of 1,942 articles/publications that were retrieved based on two criteria on PubMed database. First, the articles are those whose authors have affiliation with UI. Secondly, the time frame for publication dates is a ten-year period of 2006 to 2015. Variables such as number of authors, institutions of authors and countries of authors were collected and analyzed. The level of research collaboration or co-authorship was analysed as the number of co-authors per paper. The types of research collaboration were categorized as intra-institutional, national and international (African and global) collaboration. The analysis also included the degree of collaboration which was calculated based on collaboration coefficient.

Results: First, the number of papers written increased each year as the number of single-authored papers decreased. Most of the co-authored papers were written by 3 authors (25.10%), followed by 2 authors (22.69%) and four authors (17.90%). The Average number of authours per paper increased from 3.85 per paper in 2006 to 6.21 in 2015. 91.72% of published articles were written by more than one author, 48.67% of the collaboration was intra-institutional while 23.95% was international collaboration. The degree of collaboration also increased from 0.64 to 0.70 between 2006 and 2015.  UI biomedical researchers collaborate mostly with researchers from the United States of America, followed by the United Kingdom, Switzerland, South Africa and India. The biomedical researchers collaborate with researchers that are affiliated with African countries mostly from South Africa, followed by Ghana, Uganda, and Kenya.

Conclusions: The trend in productivity and collaboration pattern changed significantly after 2013. These significant changes could best be attributed to the withdrawal of teaching services of the biomedical researchers due to a nationwide strike for a period of six months. This suggests that if the productivity and collaboration behaviour of the biomedical researchers can be enhanced if the Government can ease the teaching workload of the researchers by employing more academic staff in UI. 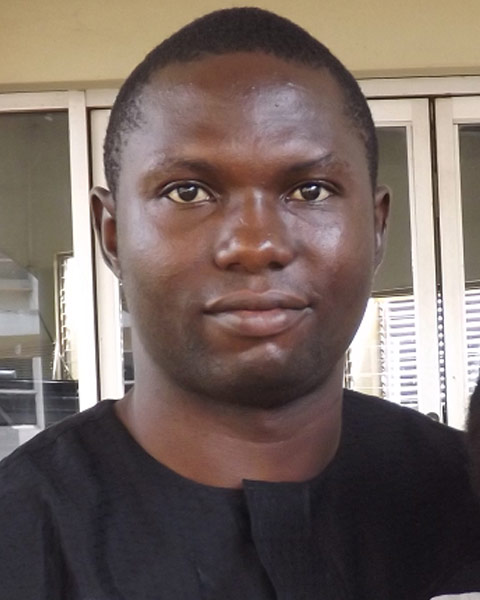 My name is Toluwase Victor ASUBIARO, (CLN, SCJP now OCJP), a medical librarian from E. Latunde Odeku Medical Library (ELOML), University of Ibadan, Nigeria. I had B.Sc (Hons.) in Mathematics from the University of Ado-Ekiti (now Ekiti State University), Nigeria. Afterwards, I obtained a Master's of Information Science degree from the University of Ibadan where I graduated with a distinction. I took up a position as an academic librarian in Kenneth Dike Library, the University of Ibadan in 2012 where I was posted to the systems unit of ELOML in May 2013. I was granted a four-year study leave at work to pursue a full-time PhD at the Faculty of Information and Media Studies (FIMS), University of Western Ontario, Canada. My primary assignment as a professional is the management of digital content, software and information technology infrastructure in the library. I am also a member of the team that is developing the institutional repository (IR) of the College of Medicine, University of Ibadan. As a member of the IR development team, I participate in stages of the IR development like digitization of print resources, collection of born-digital resources and metadata development.

As an academic, though my responsibilities include the study of processing, development, use, production, presentation and retrieval of information, my chosen areas of research are natural language processing (NLP), information retrieval and bibliometrics. I started to develop interest in NLP when I conducted my master's final research project which was in NLP. I found it easy to embrace NLP sub-discipline of Information Science because it gives me the opportunity to employ my programming skills and knowledge of mathematics. As an NLP researcher, my interest is in language identification, diacritics, text pre-processing and information retrieval of Yoruba texts. Yoruba is an African language that is spoken in south-western Nigeria, some parts of Benin Republic and Togo. My research interest in bibliometrics is tailored towards understanding authorial behaviour, citation and collaboration pattern of biomedical and information scientists.

I have skills like website design and development, and programming in Java and Python. I teach ELOML patrons search strategies and reference management using zotero. I also facilitate training of librarians in information technology for libraries. Presently, I am a teaching assistant at FIMS where I assist Professor Rubin in teaching LIS 9002-Information Organization. I also work as a research assistant at the Language and Information Technology Research Lab, UWO.

I look forward to contributing substantially to body knowledge in language technology, information retrieval and bibliometrics.

I am married to the most beautiful and valuable woman in the world, we have a handsome boy. I play the violin and sing baritone in the choir. I believe that the most important things in life are faith, family and friends.