Previously, we showed that TLR/IL-1R family signaling adaptor, MyD88, plays a crucial cell-intrinsic role in the survival of activated T lymphocytes. However, the underlying mechanisms by which this occurs remained unclear. Here, we demonstrate that MyD88-deficient T cells undergo p53 activation and ROS mediated DNA damage that results in their apoptosis by 72h post activation. This occurs despite downstream activation of NFKB and its anti-apoptotic targets Bcl-2 and Bcl-xl. Importantly, excessive ROS generation was accompanied by the destabilization of HIF1a, and the downregulation of its target, pyruvate dehydrogenase kinase 1 (PDHK1) that normally inhibits pyruvate dehydrogenase (PDH), the first rate-limiting enzyme of the TCA cycle. Interestingly, MyD88-deficient T cells showed redirection of glucose towards the pentose phosphate pathway, a process that generates nucleotides and reducing equivalents such as NADPH, a critical step that in-turn produces anti-oxidants to counterbalance this altered redox state. Nonetheless, despite increased compensatory anti-oxidant production, MyD88-deficient T cells remained sensitive to oxidative stress indicating that the abnormal metabolic rewiring in the absence of Myd88 potentiates a "futile redox cycle" in T cells. Furthermore, pharmacological intervention to either enhance HIF1a stability or block ROS generation by ETC complex-I inhibition rescued the survival of MyD88-deficient T cells. Conversely, silencing MyD88 in multiple tumor cell lines, that metabolically resemble T lymphocytes, destabilized HIF1a and prevented tumor growth invivo. Together, these findings indicate a non-canonical role of MyD88 linking metabolism, redox balance and genomic stability, and highlight the therapeutic potential of MyD88 inhibition in sensitizing tumor cells to oxidative stress-induced apoptosis. 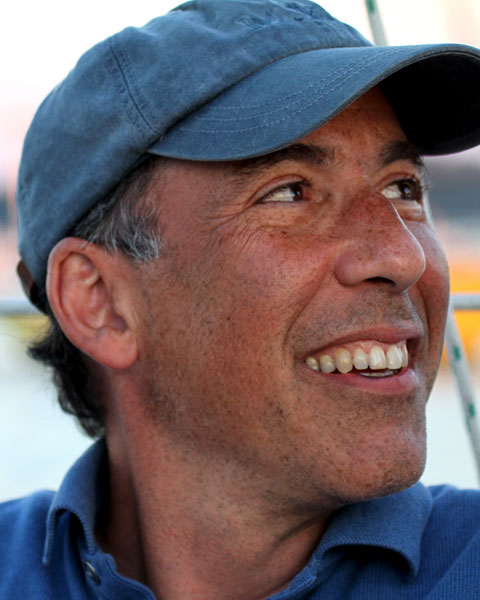 Dr. Turka received his MD degree from the Yale University School of Medicine, and trained in Internal Medicine at Yale-New Haven Hospital. Dr. Turka was a renal fellow at the Brigham and Women’s Hospital, where his research fellowship was conducted in Dr. Charles B. Carpenter’s laboratory. In 2009 Dr. Turka came to Boston and is currently located at the Massachusetts General Hospital, where he is Co-Director of the Center for Transplantation Sciences, and the Harold and Ellen Danser Professor of Surgery at Harvard Medical School. Dr. Turka has been continuously funded by the NIH for the past 25 years, and has also received funding from the American Heart Association, the National Kidney Foundation, and the Juvenile Diabetes Foundation International. He received the Young Investigator Award from the American Society of Nephrology in 1996, and from the American Society of Transplantation in 1998. He is a former President of the American Society of Transplantation and recipient of their Excellence in Mentoring Award. He has served as a permanent member of the SAT study section, and Chair of the NIAID Board of Scientific Counselors. He is a former section editor of The Journal of Immunology, past associate editor of The American Journal of Transplantation, and Editor in Chief of The Journal of Clinical Investigation. He currently serves as Deputy Director of the Immune Tolerance Network. He was elected to membership in the American Society for Clinical Investigation in 1995, and the Association of American Physicians in 2003.