Introduction: No consensus or guidelines exist on imaging follow up for ablation therapies. The objective is to evaluate Contrast-Enhanced Ultrasound (CEUS) in High Intensity Focused Ultrasound (HIFU) ablation of the prostate.

Methods: We performed CEUS immediately pre- and post-ablation, and during follow up of the patients who underwent HIFU for localized prostate cancer using either Ablatherm® or Sonacare®. After conventional trans-rectal US (TRUS) examination (GE Healthcare, Chicago, IL), a 1.5 cc bolus of the ultrasound contrast agent LUMASON® (sulfur hexafluoride lipid-type A microspheres) was injected intravenously. Two minutes cine images of the regions of interest were obtained and time intensity curves (TIC) were concurrently generated.

Results: From Dec/2015 to Sep/2016, 12 consecutive patients that underwent HIFU were evaluated by CEUS. Median (range) age, PSA and prostate volume were 64 yr (55-83), 6.25 ng/ml (2.8-19.6) and 29 cc (18-51), respectively. Hemi/subtotal/whole-gland HIFU were performed in 9/1/2 patients, respectively. In a median follow up of 5.3 months (2.2-10), the PSA decreased 88% (35-98). In one patient the PSA did not decrease and biopsy confirmed local recurrence.
CEUS findings: 1) On pre-HIFU, the cancer area demonstrated higher peak intensity (PI) and shorter time to peak than the non-cancer area. 2) The PI was at about 25 sec and the wash out continued up to the end of the 2 min recording. 3) The TIC provided quantification of enhancement of treated and untreated prostate, therefore decreasing subjectiveness. 4) CEUS provided real time visualization of ablated area with clear and sharp margins. 5) CEUS provided confirmation that the targeted region of interest was precisely treated as planned. 6) The treated area could be visualized immediately after ablation and the ablation defect persisted on follow up (Figure).


Conclusions: CEUS provides a real time feedback with visualization and quantification of the actual treated and untreated areas on intraoperative and follow up evaluation of patients undergoing HIFU ablation of the prostate.

Source Of Funding: none 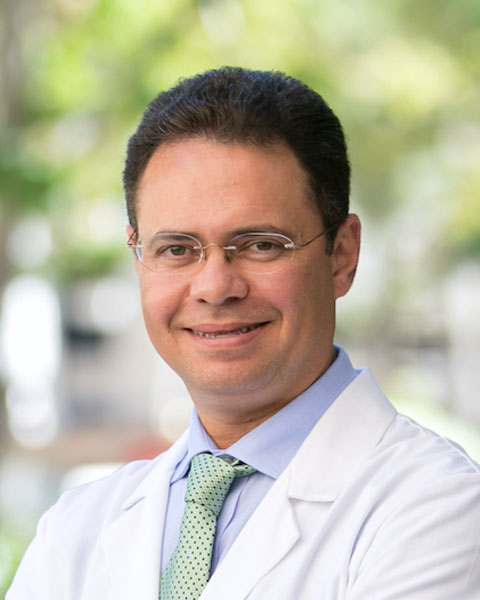 Andre Luis de Castro Abreu, MD, is an Assistant Professor of Clinical Urology at the Keck School of Medicine of USC. Dr. Abreu has expertise in MRI/TRUS fusion prostate biopsy and focal therapy, including High Intensity Focused Ultrasound (HIFU) and Cryoablation, for prostate cancer. He performs “per-lesion” active surveillance for prostate cancer with a detailed 3D mapping of the prostate and cancer location. Dr. Abreu performs robotic surgery for prostate, kidney and bladder cancers. Dr. Abreu has authored many book chapters and more than 60 peer-reviewed publications in various prestigious medical journals. In addition, Dr. Abreu has presented many abstracts on such topics as robotic and laparoscopic urologic surgery, as well as focal therapy, active surveillance and image-guided biopsies. He serves as a reviewer for several journals in the field of urology.