The increasing prevalence of ASD (CDC, 2012) brings more demand for diagnostic and early intervention services. Research suggests early diagnosis and subsequent early intervention services play a significant role in facilitating optimal outcomes for children with developmental delays and disabilities (Carter et al., 2011; Dawson et al., 2012; Rogers et al., 2012). Despite significant needs for diagnostic and behavioral services, access can be challenging; many children, particularly those from underrepresented groups, are still not diagnosed until after 48-months (CDC, 2012). Similarly, early intervention providers with ASD and applied behavior analysis (ABA) expertise are difficult to access in many communities (Mello et al., in press) due to shortages of providers, cost of services, and ability to travel to access services. Recently, behavioral assessments as well as caregiver and provider training for treating individuals with developmental delays and disabilities has been conducted via telemedicine (Marturana & Woods, 2012; Wacker at al., 2013).

In an effort to address the service gap for families of children with ASD in rural communities, a telemedicine model of service delivery has been developed through a partnership between a university-based center for ASD and state department of education. This program facilitates access to diagnostic evaluations through the establishment of three clinical sites in rural areas of Tennessee where families may access a diagnostic screening for ASD. Components of the consult include 1) administration of the Screening Tool for Autism in Toddlers and Young Children (STAT) onsite by an Early Intervention Provider or Behavioral Specialist, and 2) remote observation, parent interview, and feedback by a licensed university-based psychologist.

Following evaluation, families and their Early Intervention Providers engage in 6 intervention sessions guided by a Behavioral Specialist, focusing on the application of ABA to address a specific area of need as identified by the family (i.e., challenging behavior reduction, increased functional communication). Early Intervention Providers were engaged in an effort to build capacity of state-funded providers to support families of children with ASD. The intervention sessions includes a combination of in person and remote Behavioral Specialist support.

Average caregiver satisfaction ratings with the telemedicine diagnostic procedure were 4.8 on a 5-point scale where 5 equals "Strongly Agree". In addition, families saved an average of 3 hours in travel time. Following participation in intervention services, caregivers reported improvements in child performance with an average rating of 3.2 on a 7-point scale with 1 equaling "Very Much Improved". Caregivers and children also demonstrated improvement across individualized goals related to social communication and behavior. Finally, satisfaction ratings for intervention services were high with an average score of 3.0 on a 3-point scale with 3 equaling "Agree". These outcomes suggest telemedicine may serve as a strategy for ameliorating the service gap for families in rural communities. 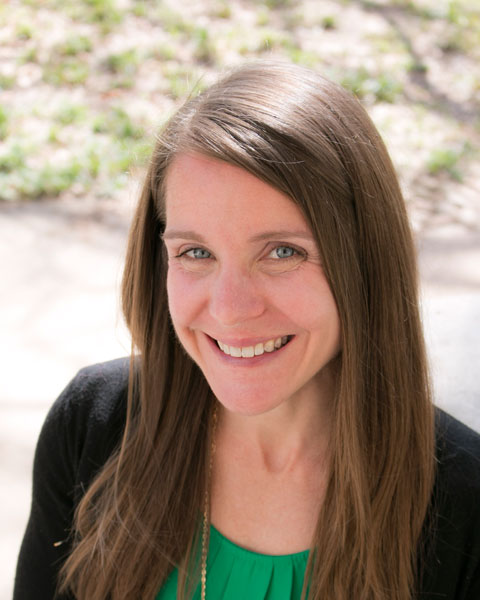 Dr. Alacia Stainbrook directs the Early Intervention Program at the Vanderbilt Kennedy Center's Treatment and Research Institute for Autism Spectrum Disorders (VKC TRIAD). Dr. Stainbrook is a Board Certified Behavior Analyst and completed her Ph.D in Early Childhood Special Educationat at Peabody College at Vanderbilt University. She has been working with young children with ASD and their families for over 14 years in home, school, and clinic-based settings. As Program Coordinator, Dr. Stainbrook oversees programs that provide early intervention services for families of young children with ASD as well as professional development opportunities for Early Childhood providers across the state of Tennessee. Under Dr. Stainbrook's leadership, over the past 3 years, this program has grown from serving only families within 30 miles of Vanderilt University to providing both in person and telemedicine-based services across Middle and West, TN reaching families up to 200 miles from the University. Dr. Stainbrook's current interest and efforts are focused primarily on the development of tools and protocols to extend early intervention behavioral services as well as early diagnostic services to families in the most rural areas of Tennessee.