Wrigley Field: Engineering for the Next 100 Years

In 2016, the Chicago Cubs played their 100th season at Wrigley Field and began the third of five years of proposed renovations to the stadium. This talk will highlight a few of the structural challenges, faced by Thornton Tomasetti (TT) as the structural engineer of record, associated with the evaluation of the design and condition of the stadium, the interface between the new construction and existing structure, and the balance of priorities between the Commission on Chicago Landmarks and the owner.

The stadium is a steel-framed structure with concrete seating bowl. Eight years after its initial construction, the ballpark’s footprint was expanded by slicing the structure into three pieces, spreading the sections apart, and infilling with a similar structural system. Five years later, the upper seating level and a new roof were added on top of the existing trussed roof structure. These initial expansions, followed by a century of intermittent maintenance, left the ballpark a patchwork of structural systems, all in need of repair.

The initial renovation plan, approved in 2013, called for a $575-million, privately funded rehabilitation of the stadium to be completed in phases during the baseball off-seasons. The proposal included improvements to the stadium's façade, infrastructure, concourses, suites, press box, bullpens, and clubhouses, as well as the addition of a rooftop deck, restaurants, batting tunnels, and the stadium’s first videoboards.

After a brief overview of the structural challenges, the discussion will focus on the reinforcement of the main trusses that support the upper seating bowl and the unification of the existing concrete seating bowl elements into a lateral system for the ballpark.

TT began the design process by creating the first comprehensive analytical model of the full structure as shown in existing drawings and documented in field observations. TT developed structural repairs and modifications based on the deficiencies identified by the model, due to the age of the structure and increased demands by the new programming and modern wind loads.

At the roof trusses, new gusset plates were installed using a process honed through collaboration between TT, the construction manager, and the ironworkers. Temporary welds were added at the existing gusset plates to allow the rivets to be removed, and then new plates were bolted on at the abandoned holes. In addition, truss members were reinforced as required. All of these new plates are visible from the seats below and suites that sit within the trusses, so care was taken to minimize their visual impact.

To create a continuous concrete diaphragm to serve as the lateral system, TT developed a solution that allowed the original concrete material of the seating bowl to remain once material testing established that it still had many decades of useful life remaining. 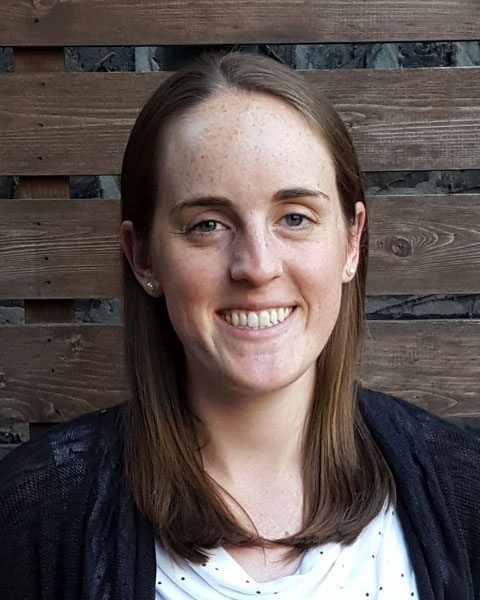 Elaine is a structural engineer with experience in the reinforcement and renovation of existing masonry, wood, concrete, and steel structures. She is a past APT student scholar, having presented her Master's research on unreinforced masonry barrel vaults in Charleston in 2012. After beginning her career in Boston, Elaine joined the Chicago office of Thornton Tomasetti in 2014 and immediately jumped into the renovation work at Wrigley Field. Over the last three years, she has enjoyed untangling the challenges hidden in the 100-year-old stadium that has been cared for by many different hands.

Wrigley Field: Engineering for the Next 100 Years

Send Email for Wrigley Field: Engineering for the Next 100 Years