Scientific study on the long-term behavior of Calcitic Stone conservation in the New York City’s ever changing climate.

New York City has a complex environment where building material is constantly exposed to extreme weather conditions. Marble, as a building material, provides a unique architectural expression to a building or a landscape and has always been a preferred choice for architects and builders in this metropolis. Understanding the weathering effects of marble as a material when exposed to extreme environmental conditions is paramount before making a decision for its use in new construction or its preservation in an existing structure.
For the reconstruction of the Jacobs K Javit's Federal Building’s Plaza that faces Foley Square, the landscape designer chose marble as a paving material. The focus of the marble study was to analyze the behavior/weathering of the stone specifically when it is laid on a horizontal surface and is exposed to freeze-thaw cycles, saline environment, acid rain and pedestrian traffic. Danby Marble from the Vermont quarries and Cherokee Marble from a Georgia quarry were selected for the study. Both Danby and Cherokee have been extensively used as a building material in many prominent historic and modern landmarks, not only across New York City, but also in other major urban centers throughout across northeast United States. Actual weather data on temperature extremes, precipitation, acid rain, freeze-thaw cycles and freezing after rain and snow for New York City were obtained from North-east Regional Climate Center based at Cornell University and published data from United States National Oceanic and Atmosphere Administration in order to formulate a laboratory testing protocol, which could nearly replicate the real-world conditions and help understand the long term behavior and deterioration of marble.
Fresh specimens from both quarries were subjected to accelerated aging tests, where 20 samples were subjected to 300 freeze-thaw cycles with 10 of these partially immersed in a 3% NaCI solution and 10 partially immersed in a sulfurous acid solution (pH ~4.5). Fundamental transverse-resonance frequencies were then measured prior to thermal cycling of each specimen and again following intervals of 25, 50, 100, 150, 200 and 300 thermal cycles. Measurements were performed in accordance with ASTM C 215 with the stone specimens heated, dried, and brought to room temperature. The loss in Dynamic Young’s Modulus of Elasticity was studied as a representation for internal sample degradation due to thermal cycling. Based on the test results obtained from accelerated aging, a scientific research on the protection of new and preservation of marble pavers was conducted. The marble samples exposed to extreme thermal cycle were treated with inorganic an ammonium oxalate solution and were studied for their consolidation and depth of penetration. 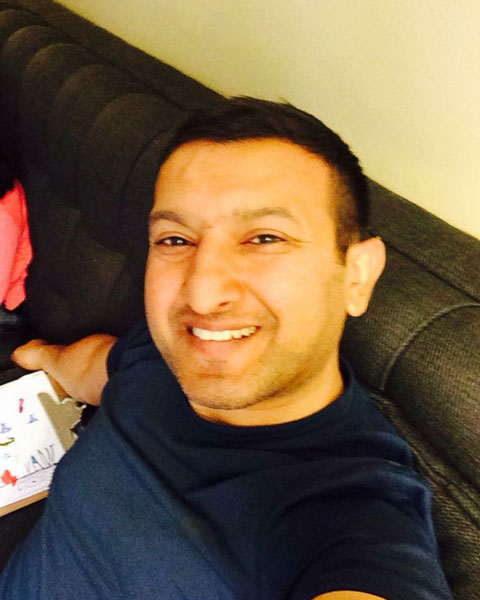 Sandeep Sikka has been in the field of architecture and historic preservation since the mid 1990’s. His work includes design and conservation of complex historic and modern structures in the US, India and the UK. With a background in the conservation science of building materials, Mr. Sikka is capable of analyzing buildings materials and their deterioration in various environments and has successfully developed appropriate treatments for their long-term preservation. He a founding partner of one of New York City’s leading preservation firms, Architectural Preservation Studio. He is an adjunct professor at City University of New York.

Keith Blades commenced his career in the United Kingdom working with the Directorate of Ancient Monuments and Historic Buildings. [Now Historic England]

In over 40 years of practice in conservation he has worked with architectural firms and the Canadian Federal Government, where he set up a team of conservation masons for work on the Parliament Buildings.

He obtained an MA in Conservation Studies from the University of York and for the past 25 years has based his practice on a mix of consulting, teaching and practical work in the field of masonry conservation.

Scientific study on the long-term behavior of Calcitic Stone conservation in the New York City’s ever changing climate.

Send Email for Scientific study on the long-term behavior of Calcitic Stone conservation in the New York City’s ever changing climate.