Losing important collective spaces can have a negative effect on community arts and culture; and stemming from that, once-vital architectural loss can have a negative effect on the community members themselves. Developing a clearer focus on how people are affected by architectural loss could become a significant method of preservation. Preservation is about people, and the people should be researched just as comprehensively as the places. If people are present, the opportunity to study behavior and thought is present too.

The expansive region of Appalachia has a rich opera house history throughout the states, but West Virginia is largely ignored in the few existing texts on the subject. The small city of Fairmont, located in northern West Virginia, was the primary case study; and the small eastern town of Charles Town was supplemented for comparative analysis. Fairmont lost two opera houses, while Charles Town has kept theirs -- and it is vital to the community’s culture.

This study included original surveys that were disseminated to both communities, and contextual and historical research of the respective places and opera houses. Personal interviews in both Fairmont and Charles Town were conducted, along with direct surveying of Charles Town’s existing opera house. The comparative analysis determined, overall, that Fairmont’s community members were much less involved in the arts and cultural events as opposed to Charles Town. Not unexpectedly, Fairmont residents showed to be apathetic regarding opera house revival and general principles of historic preservation.

The community survey and the research regarding Fairmont’s forgotten opera houses are original. The thorough examination of Fairmont’s people and places resulted in a sound study of behavioral science. It was determined that the behavioral sciences can be easily and successfully utilized in preservation studies and methods. The findings provided powerful insights: the loss of tangible heritage is profoundly linked to the loss of intangible heritage; and these losses can negatively affect a community’s culture, participation, and sense of place. 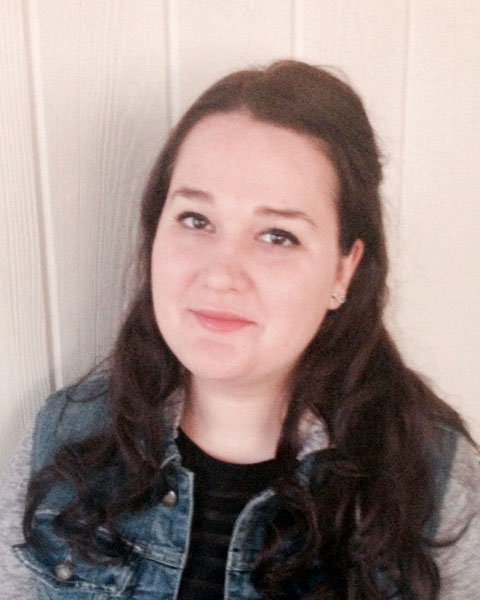 Amelia DeCoster, a Minnesota native, received her Bachelor of Arts in Psychology in 2013; and began the Masters of Fine Arts Historic Preservation program in 2014 at the Savannah College of Art and Design in Savannah, Georgia. She is currently finishing her thesis.

This past summer she was the program assistant for a statewide historic theaters project at the Historic Preservation Division (SHPO) in Atlanta, Georgia. She has also been employed in Savannah as a conservationist for historic cemeteries, a documentarian for a historic house museum, and as a docent for a prestigious contemporary art museum.

She has multiple interests regarding preservation: theaters, opera houses, architectural loss, and how people interact with and react to the aforementioned. Both her thesis and her presentation as a Student Scholar at the APT Conference are regarding these topics. It is her academic and career goal to create and utilize collaboration between the behavioral sciences and the preservation of both tangible and intangible heritage. She hopes these kinds of studies can help build an authentic and quantifiable connection between the person and the place.

Her hobbies include: learning German, reading, writing, researching, and traveling as much as possible.