With regard to clinical trials, the National Institute of Mental Health (NIMH) is currently prioritizing experimental therapeutics studies aimed at isolating the effects of an intervention’s putative mechanism of action, rather than chiefly focusing on symptom change. Within an experimental therapeutics paradigm, interventions are evaluated in stages. The first stage involves “target engagement,” that is, demonstrating that a given treatment strategy indeed affects its putative mechanism(s) of action. After target engagement has been confirmed, the next step is to relate change on these proximal mechanisms to more distal outcomes of interest such as change on disorder symptoms. The experimental therapeutics paradigm can be implemented across the treatment research spectrum, from novel intervention development to effectiveness trials. This approach represents an opportunity for researchers to creatively explore new methods as a means to better understand how our treatments enact lasting change on downstream clinical targets.

The goal of this symposium is to highlight various approaches to treatment research within the experimental therapeutics paradigm, from treatment development to effectiveness testing. Special attention will be given to the methods used to explore engagement of putative mechanisms. Specifically, Dr. Sauer-Zavala will discuss the use of single-case experimental design to isolate change processes in the treatment of borderline personality disorder. Dr. Smoski will describe her methods for using fMRI to establish neural target engagement and optimal dose for behavioral activation for patients with severe anhedonia. Drs. Juarascio and Granholm will describe their efforts to target novel mechanisms in treatment resistant subgroups of individuals with eating disorders and schizophrenia, respectively. Finally, Dr. Ehrenreich-May Although these examples of experimental therapeutics studies differ with regard to their proximal targets and methods for engaging them, each provides valuable information that may provide guidance toward creating efficient, cost-effective, and ultimately disseminable interventions.


TITLE: Isolating Mechanisms in the Treatment of Borderline Personality Disorder

ABSTRACT: Borderline personality disorder (BPD) is a commonly occurring, severe, and costly condition. Extant treatments for BPD are long-term, intensive and consist of multiple components, largely focused on resolving the life-threatening dysregulation that characterizes this disorder. Multi-component interventions may not be the most efficient approach for patients with less severe presentations of BPD (e.g., those that never attempt suicide) and also make it difficult to draw conclusions with regard to which treatment strategies are influencing the mechanisms maintaining symptoms. In line with an experimental therapeutics approach, the goal of the current study is to isolate the effect of one promising component that has been included in several interventions for BPD, acting opposite to emotion-driven behavioral urges, in the context of two single-case experiments. Data will be presented from the first phase of this project aimed at demonstrating that acting opposite to emotion-drive urges engages the target of emotional intensity; preliminary visual inspection of graphically represented data suggests that acting opposite to emotion-driven behaviors indeed leads to lower levels of emotional intensity compared to acting consistent to these urges. This presentation will also highlight the ways that single-case experimental design can be used to demonstrate this “target engagement.” The second phase of the project, which will be completed after initial target engagement is confirmed, will explore the effects of brief intervention focused solely on acting inconsistent to emotional action tendencies on emotional intensity, tolerance of emotions, and BPD symptoms. Overall, the broader aim of these research is to address the need for improved treatments for BPD. This study will answer important theoretical questions about the mechanism of treatment change, and might lead to more efficacious, cost-effective, and easily disseminable treatment strategies for BPD, a severe and understudied disorder.

TITLE: Reward Processing Changes in the Treatment of Anhedonia

ABSTRACT: Deficits in motivation and pleasure, together referred to as anhedonia, are implicated in a number of psychiatric illnesses, including mood and anxiety disorders, substance-use disorders, schizophrenia, and attention-deficit/hyperactivity disorder. Anhedonia is often one of the most difficult psychiatric symptoms to treat and can remain even when other symptoms of a disorder remit. Given the centrality of anhedonia to a large number of psychiatric disorders, improved interventions to treat motivation and pleasure are critical. To this end, the current study examines the mechanisms of effect of a novel modification of behavioral activation therapy, Behavioral Activation Treatment for Anhedonia (BATA) in a transdiagnostic sample selected for the presence of clinically significant anhedonia. Consistent with an experimental therapeutics approach, the study will be conducted in two phases. The first phase tests a hypothesis that, relative to an active control condition (Mindfulness Based Cognitive Therapy, MBCT), BATA will be associated with frontostriatal changes in reward network activation during reward anticipation and reward outcomes using ultra-high field (7T) functional magnetic resonance imaging. In this phase of the project, we will also use fMRI to determine the optimal number of sessions to maximize effects of the intervention. In the second phase, we plan to evaluate the effects of the optimal dose of BATA, versus MBCT, on anhedonic symptoms and functional outcomes, behavioral indicators of reward sensitivity, and neural indicators of reward processing. This presentation will focus on the process of identifying the targets of “target engagement” in this trial, the selection of control conditions to increase specificity in the design, and considerations for identifying treatment “dose” in the context of psychotherapy trials. The broader aim of this project is to contribute to the development of novel transdiagnostic treatments for anhedonia, as well as to establish how treatments impact brain systems that mediate reward processing, clinical symptoms of anhedonia, functional outcomes, and behavioral indices of reward processing.

ABSTRACT: Bulimia nervosa (BN) is an eating disorder characterized by a pattern of binge eating and compensatory behaviors as well as an overemphasis on body weight and shape in self-evaluation. Cognitive behavioral therapy (CBT) is regarded as the gold-standard treatment for BN, yet despite impressive empirical support for its effectiveness, over 50% of patients fail to achieve abstinence from binge eating and purging by the end of treatment. Innovative treatments that can improve rates of remission among patients with BN who do not respond to CBT are sorely needed. Weight suppression (WS; the difference between a person’s highest weight ever at their adult height and current weight), is elevated in women with BN, and appears to have significant implications for symptomatology and prognosis. Patients with BN who are high in WS are at risk for poor outcome from existing treatments and experience greater time to remission. The poor outcomes for this sub-group are likely due to the predictable weight gain that occurs once normal eating behavior resumes. Although weight gain can reduce the biobehavioral bind that promotes continued pathology, weight gain can also be distressing and promote continued engagement in maladaptive eating behaviors. Consistent with an experimental therapeutics approach, we have identified two key clinical targets that we believe are not adequately engaged in existing CBT for BN and that may contribute to poor outcomes, particularly among those high in WS: access to healthy weight management strategies and ability to tolerate distress. In this presentation, we will discuss how we developed a novel treatment approach ((Nutritional Counseling and Acceptance-based Therapy, N-CAAT) that is designed as an augmentation of CBT for BN by incorporating acceptance-based strategies and nutritional counseling. We will also present data from our open-trial that we used to evaluate target engagement and refine the novel treatment approach. Lastly, we will discuss preliminary data from our on-going RCT, with a focus on the novel methods we are using to evaluate target engagement.

TITLE: Exploring Mechanisms of Action in the Unified Protocol for the Treatment of Emotional Disorders in Adolescents: Early Lessons from Single-Case Experimental Design and Effectiveness Research

ABSTRACT: Over the last several decades, dozens of disorder-specific evidence-based psychosocial treatments for youth emotional disorders have been developed. However, uptake of these treatments into clinical practice has been slow and effect sizes reflecting the effectiveness of these interventions in “real world” clinical settings have been small. The Unified Protocol for the Treatment of Emotional Disorders in Adolescents (UP-A) is a promising transdiagnostic intervention that, along with its sister protocol for younger children (UP-C), target core dysfunctions proposed to underlie and maintain youth emotional disorders. This treatment might also have implementation advantages because: (1) comorbidity is the rule, rather than the exception among youth, and (2) protocols cutting across diagnostic boundaries reduce training burden. While efficacy trials of the UP-A and UP-C suggest good effects, these studies utilized traditional global severity and symptom-based outcome measures. Across two new clinical trials, changes in potential mechanisms of action for the UP-A, including cognitive flexibility, distress tolerance, and avoidance are being explored. The first trial uses a single-case experimental design in a traditional clinical research setting to observe whether and when changes in these putative mechanisms occurs during the UP-A. The second study is an effectiveness trial that will include 222 adolescents with anxiety and/or depressive disorders, recruited from community clinics. Adolescents and clinicians in this study are randomized to one of three conditions: (1) treatment as usual (TAU) alone; (2) an enhanced TAU condition using a weekly measurement feedback system (MFS), and (3) UP-A plus MFS. To date, three adolescents have been recruited to the first trial and 50 adolescents have been enrolled and randomized in the effectiveness trial. Data from prior RCTs will be presented to support target selection. Preliminary data from the two on-going trials will be presented to elucidate multi-method approaches for assessing target engagement and demonstrate relationships between the proximal mediators and distal anxiety and depression symptom outcomes in the UP-A. 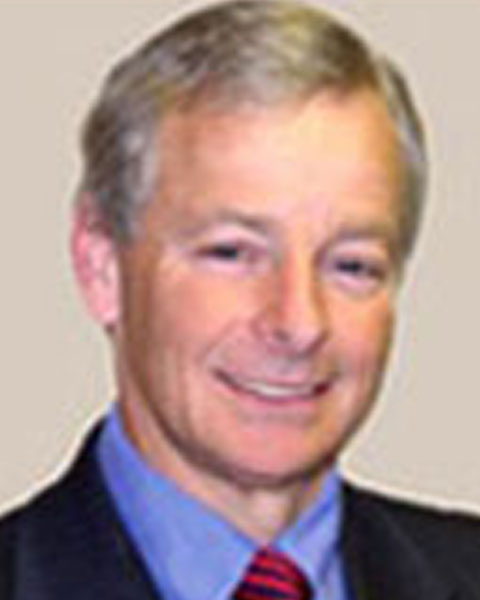 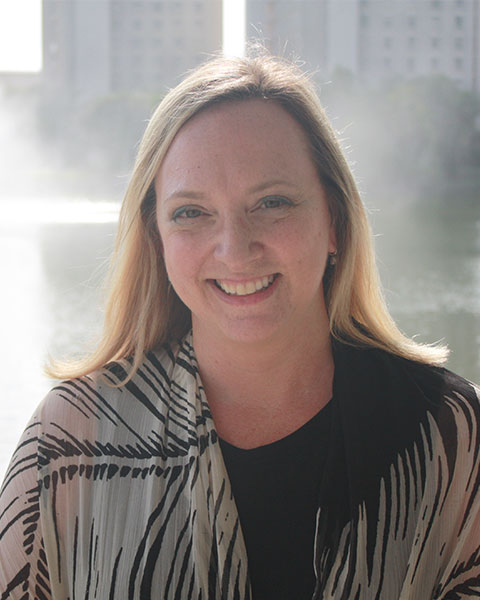