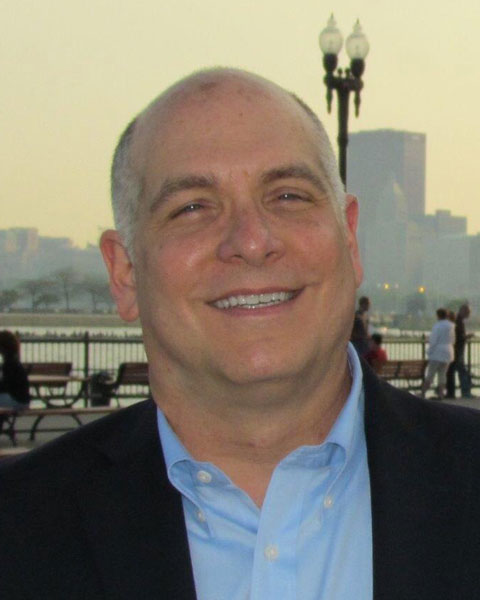 Mark E. Andersen is the Director of Learning and Economic Advancement at the Chicago Public Library (CPL). He has been in this position since 2014 is responsible for developing system-wide programs for workforce development, small business, adult learning and the CPL Maker Lab. He has been at CPL since 1993 working in various positions including interlibrary loan, serials/direct order management and most recently as the Division Chief for the Business Science Technology Division.

He is an active member of ALA, chairing a number of committees, including the Business Reference in Public Libraries, Dun & Bradstreet Public Librarian Support Award and the Thomson Gale Award for Business Excellence. He was elected Chair of BRASS (2010-2011) and had been previously elected Member-At-Large, 2003 – 2005. He has been a member of the Library Administrator’s Council of Northern Illinois—Reference and Adult Services Section (LACONI-RASS) and served as president from 1998 – 2002.

Mark has presented at a number of national American Library Association (ALA) conferences including co-presenting a day long introduction to business reference. He has taught many library instruction classes and workshops for students, business organizations and other adults.

Mark has B.S. in Commerce, with a major in marketing from DePaul University and an M.S. in Library and Information Science from the University of Illinois at Urbana Champaign.