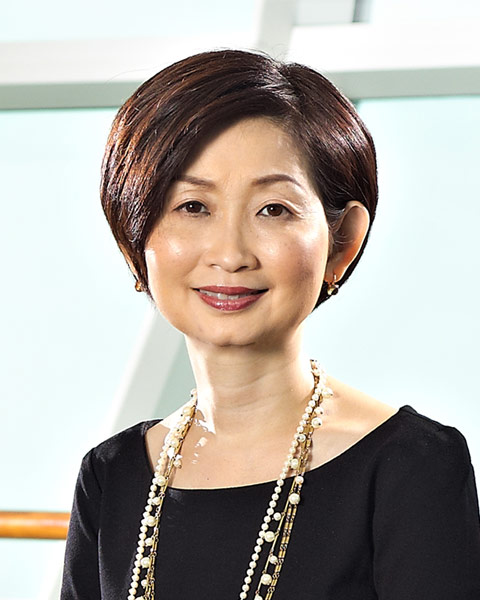 Mrs Elaine Ng is the Chief Executive Officer of the National Library Board (NLB) of Singapore.

As CEO of NLB, Elaine oversees the strategic development of the National Library, the network of 26 public libraries, and the National Archives of Singapore. Elaine has more than 20 years of experience in the public service, covering a wide range of portfolios from policy development to research and corporate governance.

In 2012, Elaine received the Public Administration Medal (Silver). In 2015, she was conferred the esteemed May Day Medal of Commendation Award by the National Trade Union Congress in recognition of her outstanding contributions to the Amalgamated Union of Statutory Board and the labour movement. Under Elaine’s strong stewardship, NLB has been awarded the prestigious Singapore Service Excellence Medallion Award - Commendation Award for Service Co-Creation 2015 for organisations recognised for inspiring a culture of service excellence.

Prior to joining the NLB in April 2011, Elaine was the Deputy Chief Executive Officer of the National Heritage Board (NHB) where she was responsible for overseeing heritage development. During her tenure in NHB, she played a pivotal role in mapping out NHB’s strategic plan and in actively reinforcing inter-government agency efforts to strengthen the role of heritage in the public realm. Elaine has also served in the Ministry of Defence which she joined in 1989.