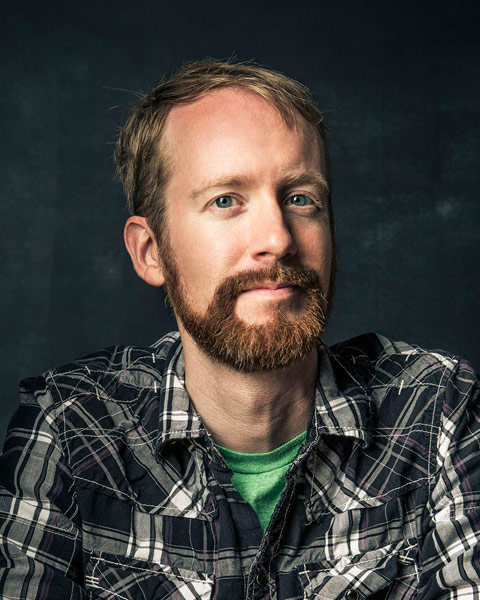 Nate Powell, called by Booklist magazine “the most prodigiously talented graphic novelist of his generation,” was born in Little Rock, Arkansas. He began self-publishing at age 14, and graduated from the School of Visual Arts in 2000. After a decade of working with adults with developmental disabilities, Nate devoted himself full-time to writing and drawing comics. In addition to the March series, his work includes Rick Riordan’s The Lost Hero, You Don’t Say, Any Empire, Swallow Me Whole, The Silence of Our Friends, and The Year of the Beasts. Nate’s work has received copious honors, including the Eisner Award for Best Graphic Novel, a Los Angeles Times Book Prize nomination, and four “Great Graphic Novels for Teens” from the American Library Association.
Nate has discussed his work at the United Nations alongside some of the world’s foremost writers of young adult fiction, and has joined the March team on CNN and The Rachel Maddow Show. His animated illustrations in Southern Poverty Law Center’s documentary Selma: The Bridge to the Ballot will reach one million students in over 50,000 schools across the nation, and he is currently hard at work on March: Book Three.

Together, these three creators have turned the life of an exceptional human being into both a work of literature and a work of art. The words and images of March bring to life the story of John Lewis, the power of youth, and the power of nonviolence — making them accessible and urgently relevant to new generations.