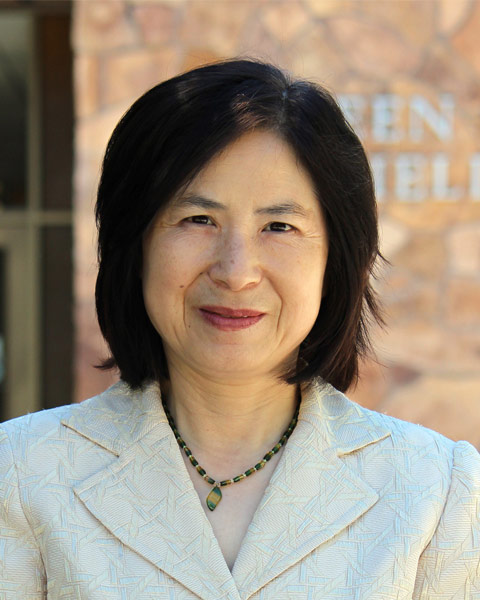 Dr. Shali Zhang is Dean of Libraries and Professor at the University of Montana, U.S.A. since 2012. Dr. Zhang has an impressive record of scholarship and publications, with numerous peer-reviewed articles in highly reputable journals and conference proceedings. Dr. Zhang has given workshops and presentations in the United States, China, Denmark, Finland, France, Italy, Mexico, Moldova, Puerto Rico, Russia, and Thailand.

Dr. Zhang has been very active on international activities within ALA. In 2015-2016, she chairs the Global Leadership Campaign Committee for the ALA’s International Relations Round Table to raise funds for an endowment to support international library initiatives. She chaired the ALA’s International Relations Committee in 2010 – 2012 for two terms; she was an elected chairperson of IRRT in 2009 – 2010; an elected President for the Chinese American Librarians Association in 2008 – 2009, and elected to the ALA Council, the governing body of ALA, in 2004-2007.

Currently, Dr. Zhang is serving on the National Organizing Committee for the 2016 International Federation of Library Associations and Institutions (IFLA) World Library and Information Congress to be held in Columbus, Ohio in August 2016. She is also serving on the IFLA Journal Editorial Committee. Dr. Zhang received numerous awards, including Outstanding Alumni Award from the School of Information Sciences at the University of Tennessee in 2013 and American Library Association’s John Ames Humphry/OCLC/Forest Press Award for international contributions in 2014.