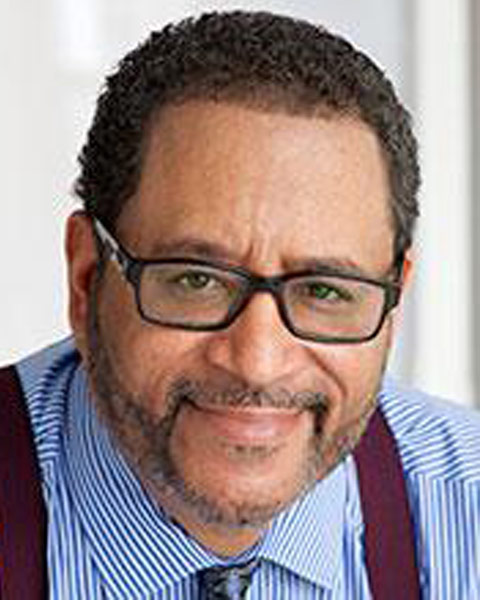 Named by Essence magazine as one of the 50 most inspiring African Americans in the U.S., Michael Eric Dyson was recommended by the ALA Task Force on Equity, Diversity, and Inclusion to speak at the 2016 ALA Annual Conference because he provides some of the most significant commentary on contemporary social and intellectual thought, interwoven with cultural criticism, race theory, religion, philosophical reflection and gender studies. Taking on tough and controversial issues, Dyson—one of the nation's most renowned public intellectuals—is the author of 17 books including the American Book Award-winning Come Hell or High Water: Hurricane Katrina and the Color of Disaster, a New York Times op-ed contributor, an MSNBC political analyst, and former host of NPR’s The Michael Eric Dyson Show. His most recent book, The Black Presidency: Barack Obama and the Politics of Race in America, is provoking wide and engaged discussion.

Dyson bridges gaps between generations, connecting civil rights identity to hip-hop culture, forging links between older and younger Americans, especially black Americans. As a cutting-edge historian (he is a Georgetown University professor), Dyson reaches beyond race, addressing the universal commonality of American concern. Other recent topics have included racial profiling and its impact on black America, and Dr. King for the 21st Century.